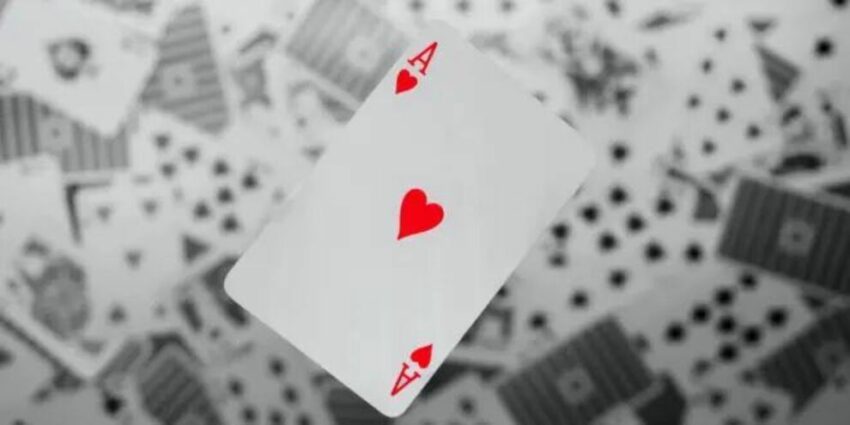 How to Play Let It Ride in Poker

If you’ve ever had the thrilling opportunity to play poker, you know the rush that comes from either receiving some fantastic cards or finding out how to play your hand to make the most of what you have. You could also be familiar with the feeling of wishing you could withdraw a wager after recognizing it would not pay off as the hand continues.

When you play Let It Ride poker, you have that opportunity. When playing this type of five-card stud poker, players have the choice to cut portions of their bets as the dealer cards are revealed. Do you like the hand you’ve been dealt? Maintain your previous level of investment and “Let It Ride.” Not convinced? Hold back one card once each card from the community deck has been shown. Let It Ride poker has the following rules:

A Complete History of Let It Ride Poker

In 1983, John Breeding, the founder of Shuffle Master, a company that develops card shuffling machines, took his own risk. He resigned his job as a truck driver at that moment to devote his full attention to constructing an automatic card shuffler. As a way to advertise his innovation, he invented the poker game Let It Ride in 1992. By 1993, his game and the new shuffle equipment he designed had become commonplace in casinos.

Breeding’s single-deck shuffler piqued the interest of casinos because it allowed them to shuffle a new deck while dealers continued to serve gamblers.

More than 30 casinos in the Las Vegas area now offer live Let It Ride poker games, and there are hundreds more around the country. Watch out for minimum bets ranging from $5 to $25.

Are you interested in learning a new poker game? Great! Let It Ride poker can be found in most casinos across the country as well as on numerous websites on the internet. If this is your first time playing the game, you should try it online to get a feel for the gameplay and become more acquainted with the rules.

Regardless of where you travel, the gameplay is as follows:

It’s fine if you don’t have anything; the dealer’s community cards may include something useful. You should reconsider placing any of those three bets at this moment.

The dealer will reveal one of their two community cards for all players to use in building their hands. The remaining card will remain face down. If you have something new, it is in your best advantage to leave your bets alone because you will be guaranteed a payoff if you do. If you still have nothing to show for your second wager, you should definitely withdraw it.

The dealer will now disclose the second and final community card, at which point everyone will know if they have a winning hand. You will not be able to reclaim your third wager because the hand has already been completed. You have either gotten a payout or the casino has won the remainder of your stake. The casino determines the outcome. It is now up to you to determine whether or not to play the following hand, and as you continue to play, you will become more adept at rapidly detecting each stage in the game’s progression.

If you’ve never played Let It Ride poker before, the rules may appear complicated. Following them, on the other hand, is not difficult. The trick is to figure out what to do with your three-part bet, such as whether to “pull it back” or “leave it riding.”

The standard payoff structure for Let It Ride poker hands is as follows:

The Wizard of Odds is only one way to look up the normal payouts for the various Let It Ride poker hands that can win:

Get into the mood for Let It Ride by being acquainted with the following terminology, which you may hear discussed at the table:

This may be your first time playing poker, but even if you’ve played before and are familiar with the game, you could be interested in trying something new. We’ve all had the agony of watching a bet we made go against us and hoping there was some way to recover some of our money back. Let It Ride poker, which was created out of necessity, has evolved a life of its own that is both fun and fast-paced since the early 1990s.

Prepare to try anything new by inspecting your best casino gear before you do so. Let It Ride should be easy to find in any casino in your general vicinity. However, if you want to get a sense for the game’s rules and how it’s played without spending any money, playing it online is your best chance.