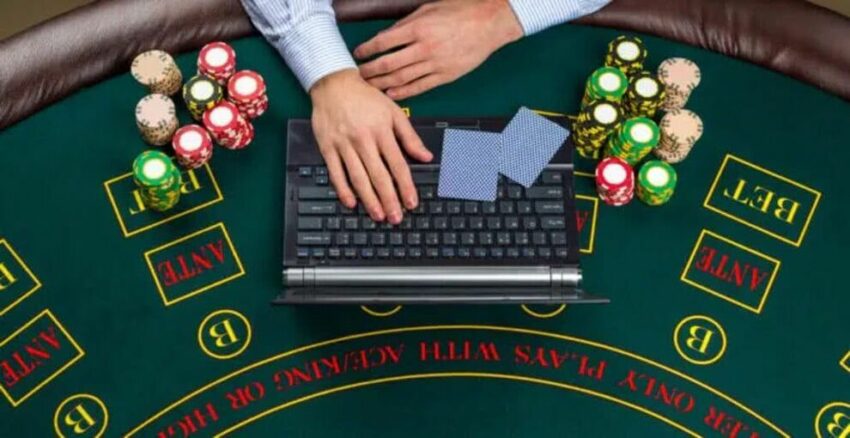 Numerous factors may dissuade you from playing Caribbean Stud Poker, including the following: Although there is some strategy involved, the majority of the time your choices will be straightforward. In comparison to many other table games, the house edge in this game is relatively high. The massive progressive jackpots that players are eligible for if they are dealt a royal flush are what keep players returning to the Caribbean Stud Poker tables time after time.

If you can find a game with a large enough jackpot to make playing the game worthwhile, you may find that playing Caribbean Stud Poker online can be quite profitable. Furthermore, the game is pretty entertaining in and of itself, and if played correctly, it can lead to significant payouts with reasonable odds of winning.

Where Can I Find a Caribbean Stud Poker Table Online?

Caribbean Stud Poker is available to customers at the majority of major online casinos, but not all of them. Because the main portion of the game’s rules and pay tables are fairly standardized, choosing a casino for Caribbean Stud boils down to a decision based on the progressive jackpots available at each location.

If you intend to play Caribbean Stud Poker for real money regularly, you should examine the pay tables for the progressive side bets because some are better for players than others. If you only play Caribbean Stud Poker on rare occasions, even when the jackpots are enormous, winning becomes more a matter of shopping around for the best deal, keeping track of how much money is in the pot, and acting quickly when the opportunity presents itself.

How to Play Caribbean Stud Poker Step by Step

The goal of Caribbean Stud Poker is for the player to be dealt a five-card poker hand that is better than the dealers. The standard poker hand rankings are used to determine the winner of each hand. Before the start of each hand, a player must place an ante wager, and they also have the option of placing a progressive side bet (typically for $1).

To begin the game, each player is dealt a face-down hand of five cards. The dealer is also dealt a hand, and one of the dealer’s cards is shown to the player to provide insight into the dealer’s hand. Every player may examine their hand, but they may not discuss what they see with the other players.

It is now up to each player to decide whether to raise or fold their bet. If a player folds before the showdown, they forfeit both their ante bet and their cards. If the player wishes to raise rather than ante, they must place a second bet that is twice the size of the initial ante bet. This is known as the second raise bet. As an example, suppose the player places an ante bet of $10; the raise bet would be $20.

Once all of the players have made their decisions and decided how to proceed, the dealer will reveal his hand. To qualify, the dealer must have a high hand that includes at least an ace and a king. If the dealer fails to qualify for the event, any remaining players win even money on their ante bet, but any raised bets are considered a push.

On numerous occasions, the strategy for playing Caribbean Stud Poker online has been described as both extremely simple and extremely complex. There is no paradox here; the fundamentals of Caribbean Stud strategy are simple, and it is possible to play perfectly with just those. On the other hand, the optimal strategy is notoriously difficult to learn, and no one in the entire world may have it completely memorized.

Michael Shackelford of The Wizard of Odds developed a more comprehensive strategy that comes very close to being the best possible strategy. His strategy, which he calls the “Wizard’s Caribbean Stud Poker Strategy,” is as follows:

Use the two basic guidelines listed above

Because the progressive side bet is decided entirely by chance, there is very little room for strategy when playing it, as it is one of the few aspects of the game that does. Before deciding whether or not to play the jackpot game, it is important to consider the amount of money at stake. If the jackpot is relatively small, the house edge on the progressive jackpot side bet is quite high most of the time. On the other hand, as the jackpot meter fills up, the player’s chances of winning the bet improve. When the jackpot reaches a certain level, usually more than $200,000, the bet begins to generate a profit for the player, and you would be missing out on an opportunity cost if you did not participate.