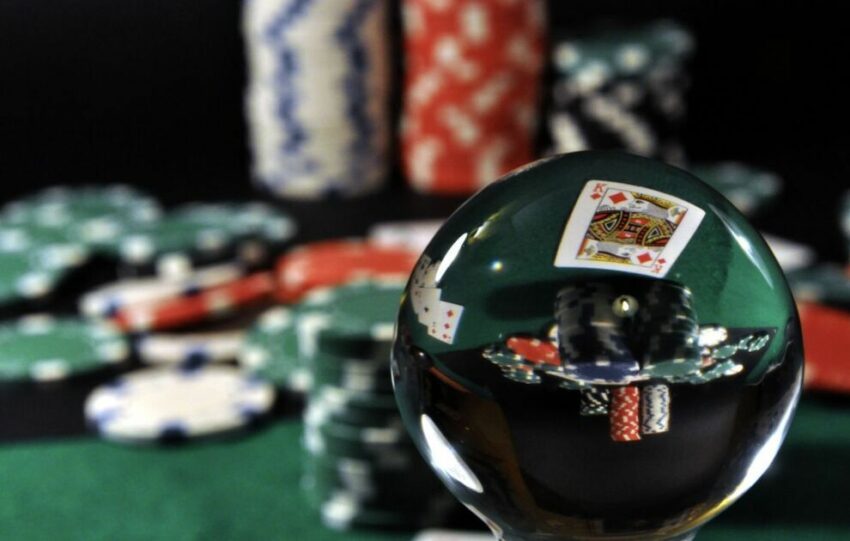 Casinos have become synonymous with opulence and sophistication, mostly as a result of the portrayal of these establishments in Western media. The world of casinos has managed to expand, as evidenced by films such as “Ocean’s 11,” in which Danny Ocean pulls off one of cinema’s greatest heists, and “Skyfall,” in which Daniel Craig’s 007 saves the world through a game of poker.

Therefore, it should not come as a surprise that destinations like Macau and Las Vegas attract a significant number of tourists each year. Even virtual casinos, such as those found online, are becoming increasingly popular, and market researchers anticipate that the gambling sector as a whole will be worth $92.9 billion by the year 2023.

Casinos have a long and illustrious history, and now they still hold many fascinating aspects. You probably already know quite a bit about them, but even though you may think you know a lot about casinos, there are a lot of fascinating facts about them that you weren’t aware of.

1. Monte Carlo Casino Is Not Open To Monaco Citizens

The Casino de Monte Carlo is widely regarded as one of the best casinos in the world. This casino, which is located in Monaco, attracts millions of visitors each year from all over the world who come to try their luck there. On the other hand, you probably weren’t aware until just now that anyone from any place else in the world can enter this casino, except its population.

Princess Caroline is credited with coming up with the concept of establishing a casino in Monte Carlo. It was rumored that she was the one who suggested opening a casino to prevent the House of Grimaldi from going bankrupt. She also issued an order that forbade her subjects from engaging in any form of play. Even though it has been a century since the law and her death, citizens of Monaco are still not permitted to enter Monte Carlo. A gambler from Monaco will need to leave the nation before he or she may participate in gambling activities.

2. Someone played roulette for three minutes and lost $2.5 million in total

Everyone visits a casino with the expectation that they will walk away with a significant sum of money, but regrettably, this is not always the case. There are occasions when people wind up losing so much in such a short amount of time.

One excellent illustration of this is Robert Maxwell. The late British media mogul was famous for his habit of frequently visiting gambling establishments. He did not have a great deal of good fortune, which was unfortunate for him. He gambled $2.5 million on three different roulette wheels at the same time while he was at the Les Ambassadeurs Casino in Mayfair, London, but he ended up losing it all.

3. Harry Kakavas filed a lawsuit against a casino for allowing him to continue gambling despite their warnings

There will be times when you find yourself on a losing streak, but you can’t just give up because you believe that the following game would put an end to your losing streak. This was exactly what happened to Harry Kakavas, with the exception that his losing streak extended for an entire year and lost him $1.5 billion.

The former real estate tycoon only became aware of his misfortune after it was too late and made the decision to file a lawsuit against the casino. He thought that the casino had enticed him with presents worth fifty thousand dollars, vacations on private jets, and a variety of other incentives said to be worth more than ten million dollars. The Australian had the impression that the casino took advantage of the fact that he was a gambling addict to make more money off of him.

In the end, he was unsuccessful, and as a result, he was left with an extensive list of creditors and a casino that was overjoyed. The gamblers are not going to be protected by the court, as was made abundantly apparent. If you choose to proceed in that direction, you must be prepared to deal with everything that comes along with that option.

Some gamblers have walked away with life-changing sums of money after winning at the casino. An unidentified software engineer from Los Angeles is one of those gamblers, and he earned more than $36.9 million. He was playing the Megabucks slot machine at the Excalibur Casino in Los Angeles when he won the money. As was to be anticipated, he requested that his name not be revealed, and since then, no one has been able to determine who he is or beat his record. It has been more than 15 years since then.

Also, in 2013, a gambler from Finland won a total of £17.6 million from the slot machine, which is considered to be the most money ever won from one of these machines. Jonathan Heywood became renowned in the United Kingdom after winning a staggering $13.2 million from playing the Mega Moolah slot machine. Guess what, he only played with 25 pence at a time. He is the current holder of the record for the largest amount won at a slot machine in the UK.

5. You Have the Ability to Exclude Yourself From Entering Casinos

Addiction is one of the most significant problems that can arise from gaming. Some people get themselves into such a deep hole that they never emerge from it again. One more game leads to twelve, which eventually leads to one hundred. The next thing you know, you’re staying up late attempting to get back some of the money you lost. You have the option of imposing a self-imposed prohibition on entering any casino to reduce the likelihood of finding yourself in this predicament. If you live in one of the several states in the United States that has one of these laws on the books, you run the risk of being jailed simply for entering a casino. It is no longer legal for you to do so. Because of this, you should give serious consideration to all of your options before settling on one.

6. Casinos Benefit to the Fullest Extent Possible from Penny Slots

It’s normal practice in many casinos to say something along the lines of “Let me try my luck with a penny,” and it turns out that millions of other individuals are doing the same thing. Slot machine wagering accounts for eighty percent of all gambling winnings.

7. Las Vegas is not the most important gambling city in the world

When individuals hear about casinos in Las Vegas, the first thing that comes to their minds is probably something that was brought to their attention by Western media. Its depiction in Hollywood films has given the city the appearance of being the world’s gambling center; nevertheless, this is not the case. Macau is the only city in China where gaming is permitted, hence it is considered the gambling capital of the world. Even though the city might not be as well known as Las Vegas, it is nevertheless a favorite destination for high-stakes gamblers. According to Statista, the amount of money made through gambling in Macau in 2013 was ten times higher than the amount made in Las Vegas during the same year. In addition, the majority of the revenue generated by casinos in Macau comes from table games and VIP poker. In contrast to the casinos in Las Vegas, which are almost entirely dependent on slot machines.

8. A woman was the first person in Las Vegas to be granted a license to operate a casino

A woman who was a mother and who was married to a guy who disapproved of her involvement in the gambling industry was the first person to hold a casino license in Las Vegas.

Mayme Stocker was her name, and she was the one who acquired the license for the Northern Club Stocker in 1920. The casino started to become more well-known, which encouraged additional establishments to apply for gaming licenses and turn Las Vegas into the metropolis that it is today. Her husband came around to her way of thinking in the end and agreed to assist her in managing the casino.

The Crux of the Matter

You don’t know everything there is to know about casinos, such as the fact that those who are addicted to gambling wear adult diapers so they don’t have to get up from the table to relieve themselves or the fact that prisonprisons in Nevada used to operate a casino for its prisoners. But we shall pause right here for the time being. We sincerely hope that your time spent reading this was enjoyable.