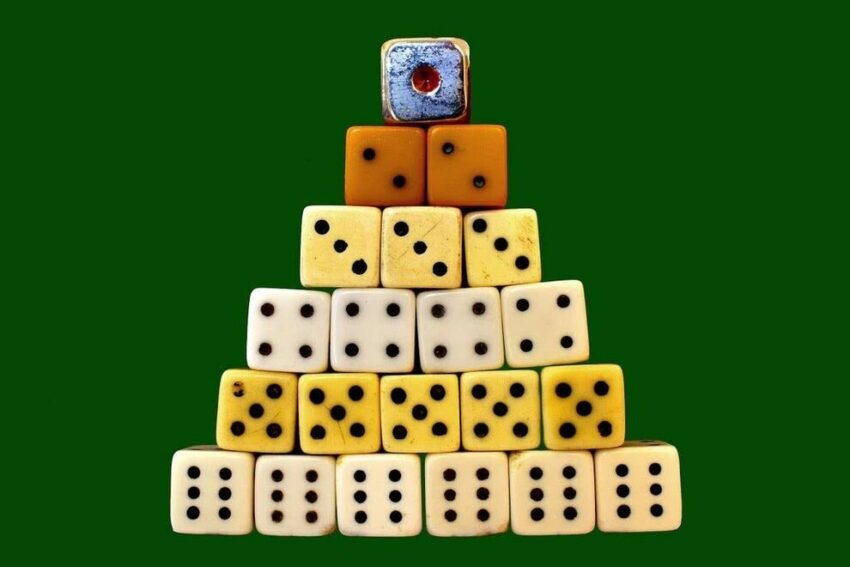 The game is played quickly and includes elements of chance, probability, and bluffing. It is simple to grasp and does not necessitate a high level of mathematical knowledge. You should be able to manage everything if you can mentally divide 24 by 3. And the vast majority of children of that age should be able to master the skill after only two minutes of practice.

If you’re unfamiliar with the subject, read this Wikipedia article. Better yet, watch this moment from Pirates of the Caribbean in which Captain Jack Sparrow challenges Davy Jones to a dice game. And the game itself is quite adjustable.

Or, if you want, you may simply enjoy the challenge of outwitting your friends and the cheery banter that typically ensues. I didn’t play Liar’s Dice for the first time until 2008, and I’ve recommended it to dozens of my friends since then. Anecdotally, I believe it’s reasonable to say that every student I’ve ever had went on to become an evangelist. The game’s rules are simple to understand, but becoming an expert is difficult. It is quite similar to Texas Hold’em Poker, but it is much easier and the action moves a lot faster.

In contrast to Poker, Liar’s Dice is a game that has a large following. Because there is constant activity, it is simple to cheer on the players from the sidelines and enjoy the splendor of the game.

I’d estimate that at least fifty million people from all around the world have played Liar’s Dice in the last year. The game was first played in Latin America. Furthermore, you may hear it played on a regular basis in dozens, if not hundreds, of bars around Asia.

To put this in context, PokerStars was purchased for $4.9 billion in 2014, and the business is thought to dominate more than 70% of the market. In other words, the online poker market is worth around $7.0 billion, give or take.

That may be the market for Liar’s Dice, if not a larger one. After all, both games require nearly the same proportion of skill and luck, but only one is easier to learn, more action-packed, and more favorable to social interaction.

The Route to the Market

If you want to make money from this game, you have two alternatives. The first option is to work with traditional brick-and-mortar casinos. Casinos are constantly eager to test out new games. Nonetheless, getting from the concept to the pit floor takes more than five years and nearly $500,000 in legal and other expenses.

According to this article, which is based on the work of Eliot Jacobson, a math Ph.D. and one of the world’s greatest casino game specialists, there are a few characteristics that must be completed for a brand-new casino game to be regarded as a success. I’ve included a list of the four most significant criteria for the game Liar’s Dice, in my opinion.

However, there is one caveat. Even if you put in the time and money, I’m not sure how defendable the core intellectual property would be if Liar’s Dice Casino Edition was a success. After all, the game’s origins may be traced back to Pizzaro and the conquistadors (Although the exact origins are contested, it seems incontrovertible that the game is several centuries old).

You might be able to design and patent a one-of-a-kind table and camera gadget designed specifically for playing Liar’s Dice. You could build a consultancy firm around it, in addition to the royalties you would receive.

The Liar’s Dice Casino Edition has the potential to bring in billions of dollars for casinos. If you limit yourself to traditional “brick and mortar” casinos, however, I believe the maximum potential upside for your organization would be in the tens of millions of dollars.

There is no reason to doubt that it will still result in a great outcome; nonetheless, you should be aware that such a promise would not be enough to entice traditional venture capital investors on its own. You may be able to obtain funding from angel investors or the casinos’ owninnovationown innovation divisions.

There are several versions of Liar’s Dice accessible for mobile devices right now. I started by downloading the product that had garnered the most positive feedback overall, and then I tested it. At first glance, it appears to be a well-designed and highly functional program!

It has only been in operation for a few months, but it already has an audience of several thousand people who are active every day, according to my estimates.

I spoke with the CEO of Ambulante, the company that created the game, and he revealed that the game was created by a crew of five seasoned game developers. Very good, and I’m sure his program has a lot of untapped potential waiting to be fulfilled. If I were You Ambulante (or if I had my own Liar’s Dice app), I would experiment with adding $100 daily tournaments. This would be a fairly straightforward experiment.

There would be no entry costs for these competitions, and the winner each day would get a $100 prize. Customers are not gambling; rather, they are playing for free with the prospect of earning a monetary prize, hence no regulatory approval is required.

Similar to HQ Trivia, this would cause its users to establish a habit and spread like wildfire. Naturally, this would result in some growth, which would then be reflected in your in-game purchases. During the summer of 2016, a friend of mine founded a second gaming company focused on free daily tournaments with cash rewards. I was able to watch this process happen in real-time and from a close distance. Liar’s Dice would be a good option for the daily, free-to-play, cash tournament format due to the game’s low entry barrier, quick speed, and emphasis on player interaction.

The pinnacle of success: reaching the level of PokerStars in Liar’s Dice

In the long run, you will need a digital platform with gaming capabilities to capitalize on the opportunity for Liar’s Dice, which is presently valued at $7.0 billion. This necessitates the inclusion of a slew of new features, including those that detect collusion and authenticate identities, as well as those that handle billing, privacy, compliance, and customer support. In addition, you will undoubtedly need the necessary gambling licenses. Even though none of the aforementioned possibilities are cheap, any Path 1 or 2 could serve as a great proof of concept and offer funds for the long-term goal.

Please contact me if you are interested in this topic or are already working on something related to it. Furthermore, I will do all in my power to connect you with the appropriate people and resources.

I hope that Liar’s Dice will eventually find its way into more homes, regardless of who is responsible for its development. I will undoubtedly participate in the game. But, as the saying goes, “the house always wins,” therefore I’d rather work with the house than against it.