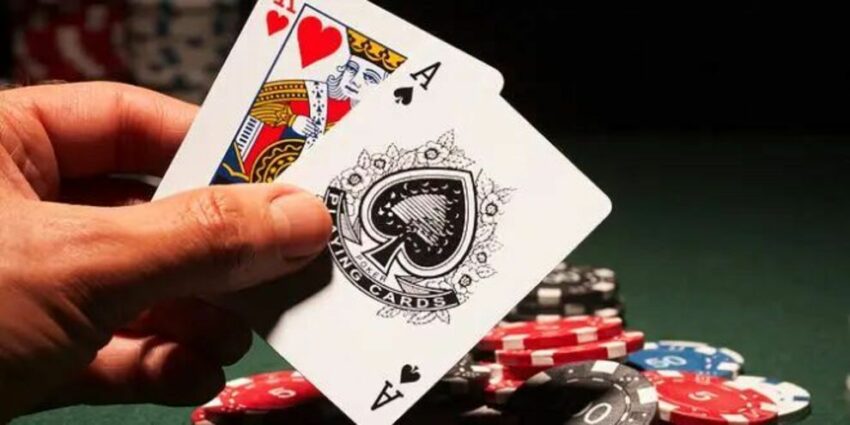 This non-traditional version of video poker has some elements that are considered to be highly advantageous, and it includes those features.

When I went to a casino not too far from where I live not too long ago, I observed that they had a video poker game called Pick’em. I was only able to catch a fleeting glimpse of someone playing it, but from what I could tell, it was significantly different from the game of Jacks or Better that I usually play. Could you provide me with a step-by-step explanation of how to play the game?

(It is important to note that this game was initially marketed by Bally under the name Pick’em.) On the other side, IGT is currently selling the identical game, referred to as Pick a Pair Poker, to customers. In the next portions of this text, I will refer to both of these games as Pick ’em.)

The playing strategy for Pick ’em is very intuitive and easy to learn (even easier than learning the Jacks or Better playing strategy); the Expected Return (ER) for the “full pay” version of Pick ’em is quite high (99.95 percent), and Pick ’em has relatively low volatility in comparison to other video poker games. [Citation needed] [Citation needed] These are a few of the many advantages that Pick ’em possesses (meaning your bankroll will last longer). In addition, the payoffs begin at 2-for-1 for a pair of 9s or Better (instead of the normal Jacks or Better), and a royal flush pays 6,000 coins. This is an improvement above the standard payout structure (instead of the usual 4,000 coins).

Pick’em is played with a standard deck of 52 playing cards. Following a wager, the computer will deal out eight cards as follows: On the left side of the video display screen, two open cards will be displayed, and two stacks of three cards will be displayed on the right side of the screen, with only the exposed card from the top of each stack visible. (You won’t be able to “see” the two cards that are hidden beneath the cards that are currently visible, but they are there.) You must keep the two exposed cards on the left side, and you must choose which stack to keep based on the cards exposed on the right side. After you’ve decided, the computer will reveal the two cards that were “under” the stack you chose, giving you a five-card poker hand (which will consist of the two cards that were initially exposed on the left, as well as the exposed top card in the stack that you kept, as well as the two cards that were “under” the stack). You will be awarded a sum of money proportional to the rank of your final five-card poker hand. The pay table associated with the game will determine this amount. The only option in Pick’em is to take either stack A or stack B on the right side of the screen. This is the extent of your possibilities. Isn’t this straightforward?

When playing Pick’em, you must constantly compare one set of three cards to another to determine which stack of cards to keep. Consider the following example to see how simple this is.

The bulk of the options that you will be provided within Pick’em will be ones that are self-evidently correct, such as the one that was just demonstrated to you. However, there are some challenging hands, particularly when you are handed three-card straight flushes with or without gaps and high cards, so bring a strategy chart (or card) with you that ranks all conceivable three-card hands. This will help you determine which hands are better than others (this will ensure that you are always making the right play). On the website located at www.wizardofodds.com, a strategy chart for the game Pick ’em can be accessed at any time. In addition, a Pick’em strategy card made by Dancer and Daily is readily available for purchase at a variety of retail locations. This card can be bought in commercial establishments (see my web store at smartgaming.com for details).

The “full pay” pay table for Pick ’em is presented below under the assumption that a maximum of five coins have been played. (Always use five coins in your bet if you want to maximize the amount of money you win from it.) If you play your hand well while betting the maximum number of coins, you can anticipate a return of 99.95 percent of your investment. Because you are unable to replace the two cards that are displayed on the left side of the screen after selecting the pile of cards located on the right side of the screen, it becomes increasingly difficult to obtain a poker hand that has a better ranking. As a consequence of this, the payoff for the relatively low-ranking hand of a pair of nines is two to one, and the chances of you getting a royal flush in this game rise by one for every 351,818 hands that are played. (To put that in perspective, the odds of getting Jacks or Better are roughly 1 in every 40,000 hands.) On the positive side, the payout for a royal flush is 6,000 coins, so there is certainly something to look forward to there (vs. the 4,000 coin payoff for most other video poker games).